I Help People Make Decisions About Their Work 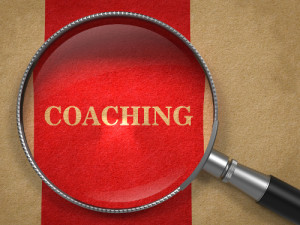 Whether socially or professionally, the question I’m asked most often is “what do you do?”

I used to have a hard time providing a one-line, say-it-like-you-would-to-a-kindergartner answer. In fact, I often started off with listing everything I didn’t do. Now I say, “I help people make decisions about their work.”

Being able to say that means I’ve done a lot of complicated thinking to make it sound so simple. So there you have it…I help people make decisions about their work.

The next question is always, “How do you do that?” Now that’s the fun part.

It’s most easily described as a four-step process: Awareness, Clarity, Action and Accountability. But I don’t typically answer that way. I usually say, “I spend time with individuals and groups understanding the decisions they want to make, and we decide on a course of action.”

Typically the “we” part gets them. I get the slow head nod, because this doesn’t quite sound like the kind of help that’ll get you a quick, straight answer. They’re right.

There are several variations on the next question, which usually focuses on what clients “get.”

Wow, if it were only this straight forward. My delight in working with a wide range of people over the past 30 years is that reaching work-related decisions is as unique and complex as the people making them. And while people often want to make these discoveries for themselves, they inevitably wonder what it would be like if the people they work with were doing the same thing.

In my next blog post, I’ll dive into Awareness, Clarity, Action and Accountability and what that could mean for you.