One Story of a Mom and Son and College Choices 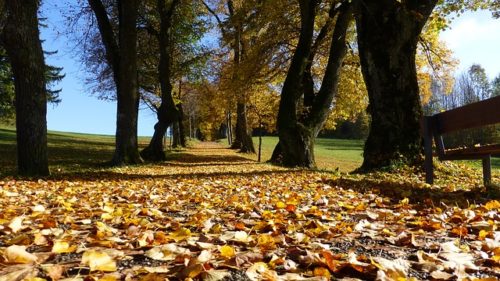 Once upon a time, there was a mom who wanted nothing but the best for her son. She encouraged him in his studies in high school and he did very well. Throughout his high school years, her son worked for a tree service company and he earned pretty good money cutting down trees, grinding stumps, and chipping large branches. The money was so good to him that upon graduation from high school he told his mother he had no interest in going to college.

Some parents might view the son’s decision as disappointing, shortsighted, unambitious or ungrateful for the opportunity. Not this mom.

Disappointed in his decision, but not in his ambition, mom pointed out that his strong academics boded well for him attaining a college degree. With neither one wanting to be dissuaded, they reached a compromise. The son would go to a two-year institution for ONE year only. Hoping this would appease his mom, the son went to school for a year and continued working part-time for the tree service company.
After a successful year in college, and having met his obligation to his mother, the son decided to quit school and work full-time cutting down trees.

His mother pointed out how well he had done and that with just one more year of education under his belt, he could complete his Associates degree. Reaching an agreement that he could also continue his work with the tree service, the son decided he would get his AA – and THAT would be it!

That’s exactly what he did.

Interestingly, during that second year he took a couple of accounting courses that were extremely easy to him, which was surprising given his distaste for math.

With just a little more encouragement and pointing out that her son could get a BA (It did come easy for him, after all.), the young man earned a four-year college degree in Accounting.

Fast-forward 25 years. What looked like an inability to “decide” or “commit” to a four-year plan, has actually turned out to be an excellent strategy.

You see, each year he is open to the next opportunity. The confidence that his mother sparked in her son grew into the confidence he now has to make the “best” decision each year. And he’s easily navigated the economic down turns and upturns. He is unencumbered by the need to know exactly what he’ll be doing a year from now yet confident that he’ll make the best decision at the time.

Today, he continues to work in accounting but in a school district, which is a great fit for him.

In abilities language, the son’s approach is characteristic of having an Immediate Timeframe Orientation. His natural talent to size up the benefits and downfalls of the here-and-now, the drive to achieve a goal in six months to a year, and the struggle to maintain distant targets are all common characteristics of those with this aptitude.

The mom’s wisdom is not really measurable. It’s the unconditional love and acceptance lucky children receive from parents who can truly listen to their children, accept what they hear, and learn to provide the type of support their children need.